Every one of us loves the idea of traveling through time. I love this idea too and so, all these times I had been searching the internet for its proof.  Among all the instances I read about Time Travel, these 3 seemed to be the most convincing: 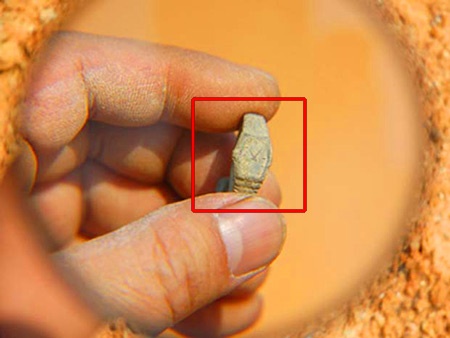 Swiss watch in a tomb of ancient Chinese origins

In December 2008 Chinese archaeologists claimed that they have found a perfectly made metal watch when they opened a big coffin that belonged to the Shangsi County which was about 400 years old.

The watch was found stuck at 10:06 and ‘Swiss’ was engraved on it. Stories were that a time traveler had gone back to the past with the watch, and somehow, the person buried in the tomb must have at some point in his life obtained the watch from him.

One of Canada’s virtual museum website posted a photograph in which at first nothing seems odd but on closer look, you can easily spot a person in the crown-wearing urban clothing of the modern times. The photograph was said to be of the 1940s reopening of South Fork Bridge in Gold Bridge, British Colombia. 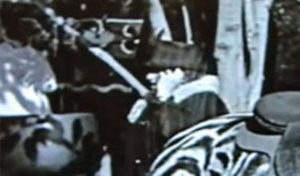 Woman using a mobile phone in 1938

An unreleased DVD of Charlie Chaplin was made public in around 2010. It included the recordings of Los Angeles in the time of 1928. In one of its scenes, a woman walks by holding an object to her ear. Some people concluded that she was speaking into a modern mobile phone, so there is a huge possibility that she might be a time traveler who was caught on camera. All of the above-mentioned incidents  never truly proved the existence of time travel in our world because at some point or another some people were able to explain them in a more rational way. Recent researches cast doubts on them and people started to think them as nothing but hoaxes. So is there a possibility that time travel is real?

This site uses Akismet to reduce spam. Learn how your comment data is processed.